Posted on July 8, 2011 by acarnivalindaylight

I was told that these are the offshore species of killer whales (which are actually part of the dolphin family). There are three types of orca the resident, transient and offshore. The residents are the large pods that hang out in the area and eat fish primarily. The transient orca eat marine mammals, including other orca and are the most gangster of the three. The offshore are rare and not a lot is known about them, scientists believe that they mostly eat sharks.

It is pretty amazing to watch them breech clear out of the water. 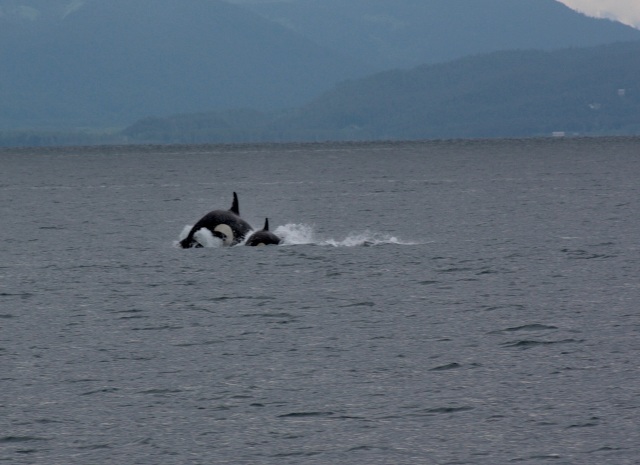